The Dutch love their bicycles. It seems like everybody has a bike and rides regularly. Bike lanes are everywhere; even the dirt roads have a paved bike lane running alongside the rutted dirt.

Also notice that there are no power lines. This part of Holland is almost entirely flat and the earth is mostly sand, meters deep. So, burying power lines is relatively cheap as the bedrock is too deep to worry about. Power outages are relatively rare. 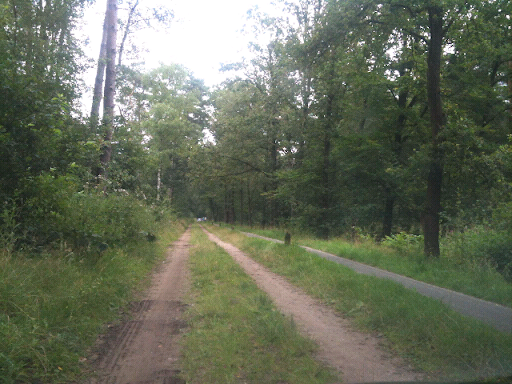